I was born a raised in Cincinnati, Ohio.  Even though we experienced a lot of love in our family, we grew up in a broken and impoverished home.  My mom started sending my younger brother and I to Winton Place Baptist Church when I was five years old.  Graciously, the Lord saved me at the age of ten.  It was then when I realized my woeful condition before God caused by my sinfulness and saw grace at the cross.

I felt the Lord had called me to preach as a teenager but I quickly rejected such a notion.  First, I was fearful to speak in a public venue; second, I did very poorly in school.  As a result of running from the Lord, I joined the Army after high school.  After two years of the Army, I switched branches and joined the Air Force.  It was during Operation Desert Shield/Storm that I surrendered to God’s calling in my life.

Shortly after Operation Desert/Shield Storm, I married Anita Lyon and in our first two years of marriage God gave us two wonderful children (Elizabeth and Jeffery).  My wife’s health condition while pregnant precluded us from having any additional birth children.  Thankfully, the Lord worked around her heath issues and through a series of events gave us twin girls in 2007.  As they continue to grow, we are anticipating God doing great things though their lives.

Though God called me to preach, I still had a lot of maturing and developing before I could ever pastor.  God used my time at the Winton Place Baptist Church from 1992-2011, to mature and develop me for the ministry.  During that time I did whatever my pastor needed me to do.  I served as the pre-teen leader, youth leader, adult Sunday School teacher, Nursing home preacher, and family camp coordinator.

In September 2011, the Lord called me to pastor the Berean Baptist Church in Batesville, Indiana (about 40 miles west of Cincinnati).  Initially, I was a bi-vocational pastor but with the Lord’s moving and blessings, I became a full-time pastor in May 2014.

A month later, my family and I took a trip to upstate, NY.  My wife is originally from Dolgeville, NY, which is in Herkimer County.  We went for the annual Violet festival that her hometown has every June.  Little did I know how the Lord would use that weekend to break my heart for upstate New York. By the time I left, I wanted to come to upstate New York.

Not knowing how to go about doing this, I sought counsel from pastor friends of mine regarding starting a church or assuming the pastorate of an existing in upstate New York.  The counsel I received from these well-beloved and trusted pastors was not favorable to the move; however, the Lord just would not give me rest or peace.  Eventually, in the late winter of 2014/2015 I noticed there was an independent Baptist Church in Ghent, New York looking for a pastor.  I filled out a questionnaire the church had for prospective pastoral candidates, not thinking I would get a phone call back.  However, God had other plans and within the week I had a date to candidate for the pastoral position. 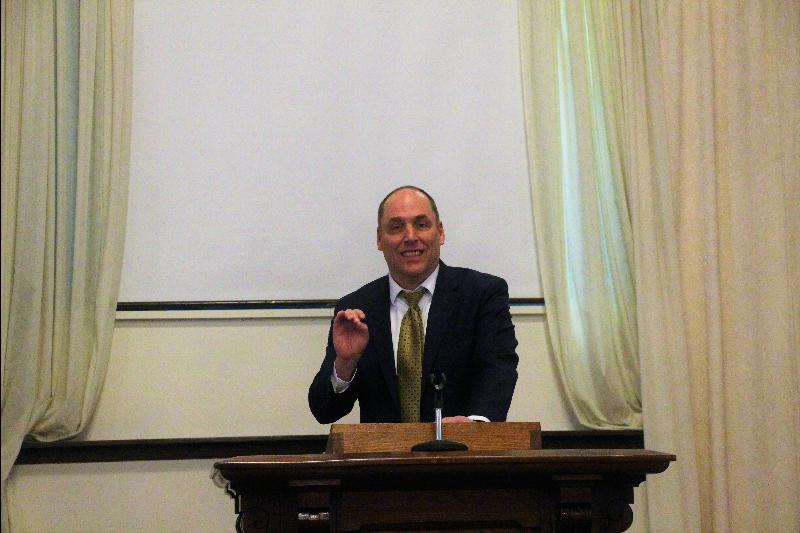